Halloween Party Ideas for Teenagers are fun because you get a chance to “ be a little kid” again for the night. Nothing kiddish about this though…just lots of fun! 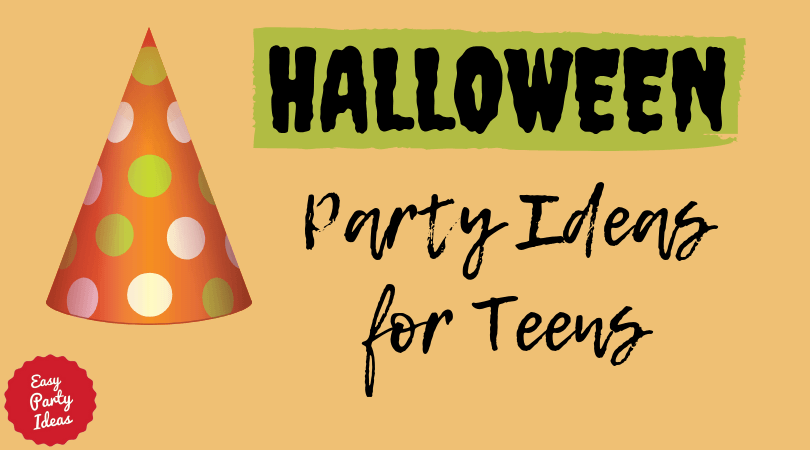 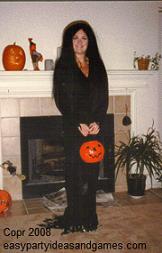 Bobbing for Worms – who bobs for apples when you can bob for worms? Place a worm on a paper plate (one plate for each player), and then cover with lots of whipped cream. Have players find the gummy worm(s) while keeping their hands behind their backs!

Candy Corn Guess – Fill a jar with candy corn and let everyone guess how many pieces are inside. The player with the closest guess wins when you use this Halloween party ideas for teenagers!

Ghost Bingo – make your own Bingo cards, but instead of numbers, put Halloween images on the cards: a black cat, a ghost, a bat, a witch, a broom, a pumpkin, etc. Have someone draw for images, use candy corn or candy pumpkins as markers, and when someone gets a bingo, yell “boo!” Lots of fun to include on your Halloween party ideas for teenagers list if you'll be sitting and playing games.

Ghost in the Graveyard - Site visitor Saoirse from Ireland shares this game: Someone hides (The ghost) And then the other players try find the ghost. The first to find the ghost can't be caught. The others then try to get back to a point decided earlier in the game without the ghost tagging them. If they get tagged, They are the ghost for the next round. The ghost is on again  if they don't catch anyone.

Halloween Who Am I? - Play the who am I? game, but with Halloween characters.

Halloween Word Scramble, Mazes, Crossword Puzzles – Have some of these at your party for an arrival activity or for a quiet activity or include on your Halloween party ideas for teenagers list if you'll be sitting and playing games.

Hangman - A fun game for a large group to play, also perfect for a slumber party!

Pass the Apple - Just like Pass the Orange, but with an apple!

Pass the Pumpkin - Played just like Hot Potato, but with a pumpkin

Pinata - Select a piñata in a Halloween theme.

Printable Games - An instant activity, it is easy to "print and play" with these easy and inexpensive Printable Halloween Party Games Pack 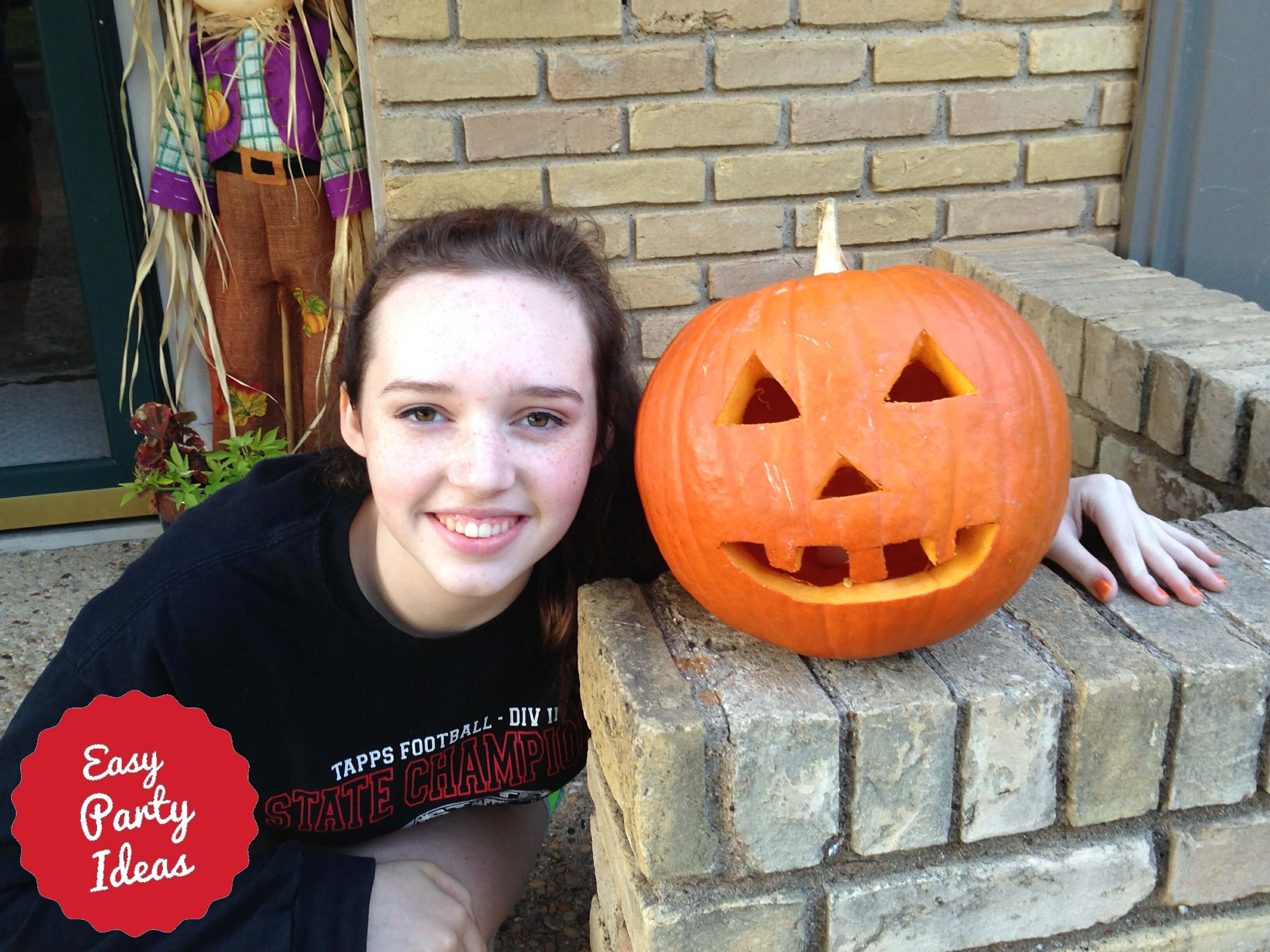 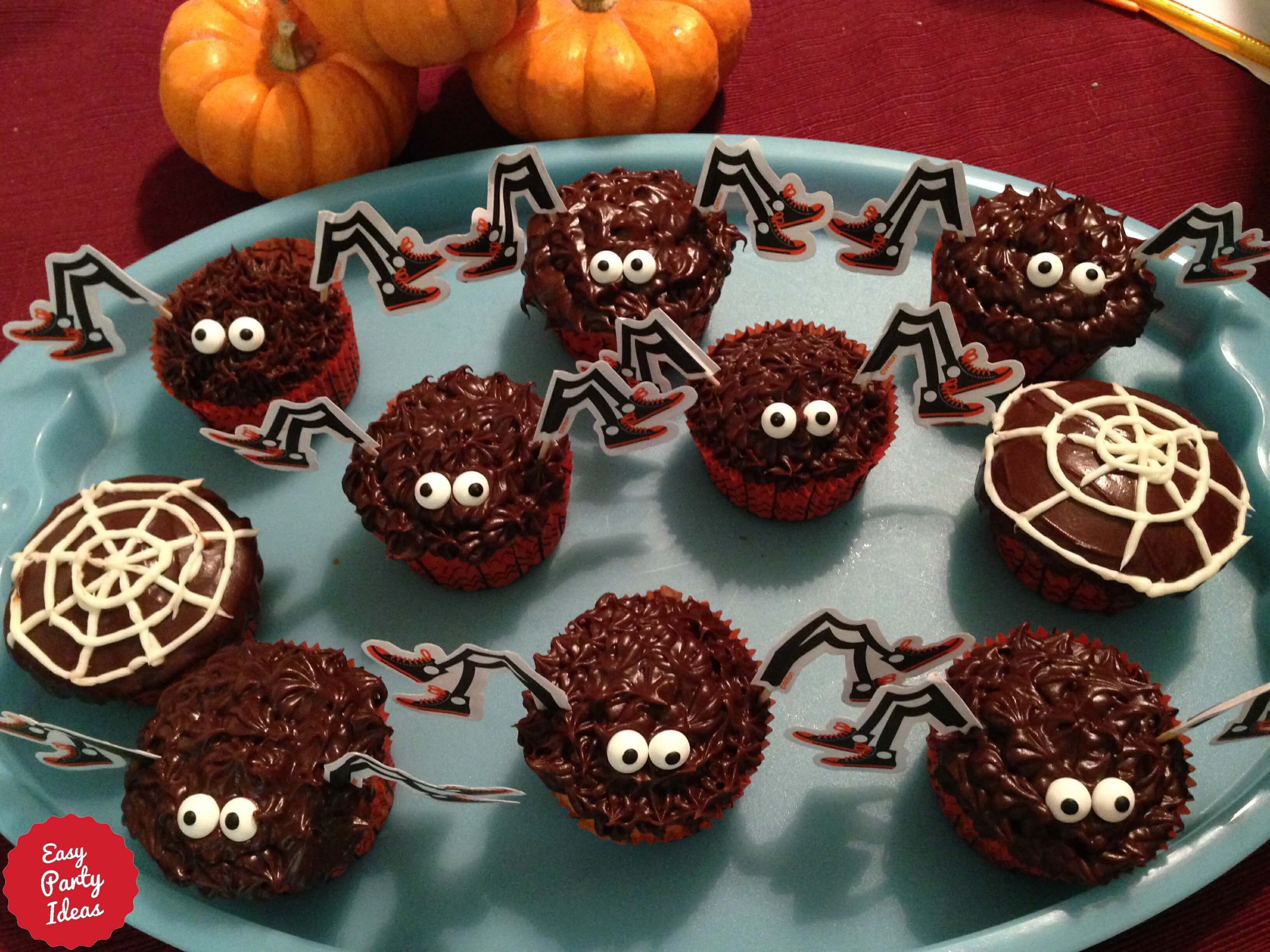 Teen Halloween party ideas should start with invitations that tell your friends whether they should dress in costume or not. Costumes are fun, and you can award prizes for the funniest, scariest, etc. Include cheap printable Halloween games with your invites to make them even more fun.

Have A Great Halloween Idea?

Do you have a great idea for celebrating Halloween? Share it!

So its kinda like a mini piñata, you make it just like you would a regular piñata or any-other craft like that. You fill balloons with candy and or small …

Teen Party Ideas for any occasion...

Great decorations can really help make a party work! Here are links to some of the most popular Halloween Party Decorations: