Once upon a time I sat down and planned out a Peter Pan party because one of my all time favorite movies is Peter Pan!

This theme makes a perfect birthday party for kids. The story is so appealing because it has everything. Fairies, mermaids, pirates, Indians, a hero and villain, and above all magic. (Not to mention a funny crocodile!)

So, follow me to the second star on the right, and we're off to Neverland! 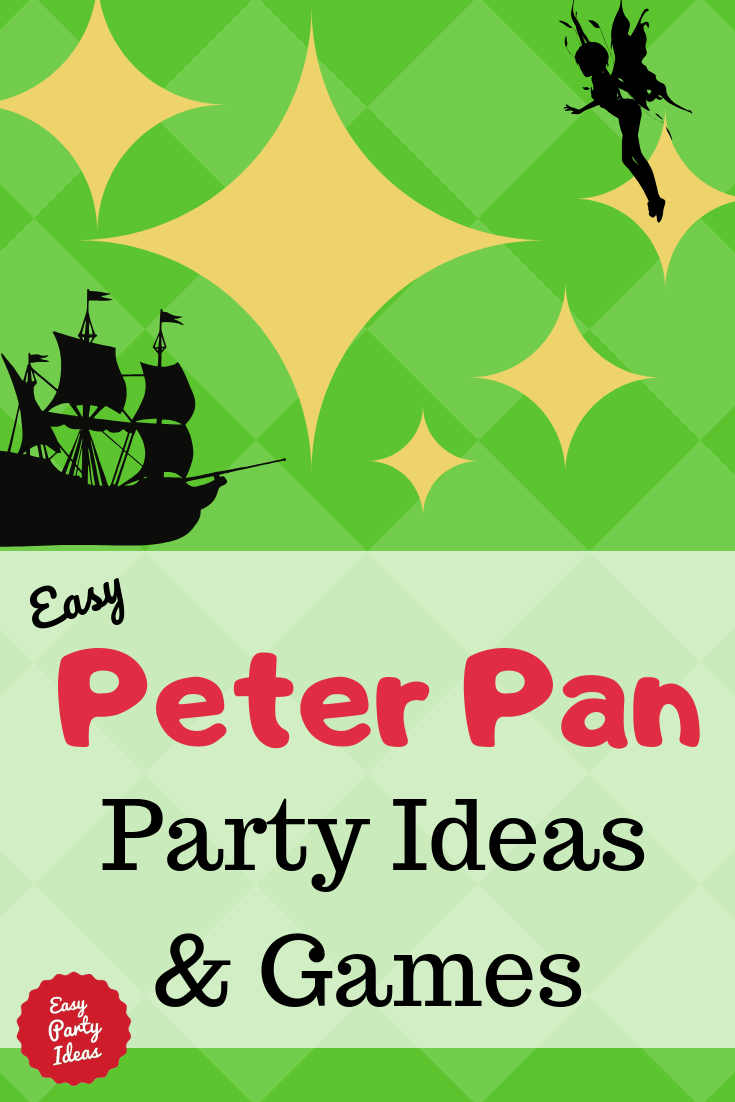 I think that the perfect invitation for this party would be a map of Neverland, with a big "x" on the party spot. But you could also go with Pirate Invitations, Tinkerbell invitations or an Indian theme as well!

If you've ever seen Cathy Rigby's wonderful stage production of this story, you'll know that there is lots of Pixie Dust. LOTS of it. Include pixie dust in your invitation (sparkly confetti).

For a cute cake for a kids birthday party with a Peter Pan theme, try:A mermaid cake

Kids love to leave a party with a fun favor. For this childrens birthday party theme, party favors could include: