These games are great favorites on the playground and at a party!

These different games are written so that all kids can participate at the same time.

Read them over, pick which one will work best for the age of your party guests, and play!

Select other children’s party games such as races, target games and more from our kids party game page. 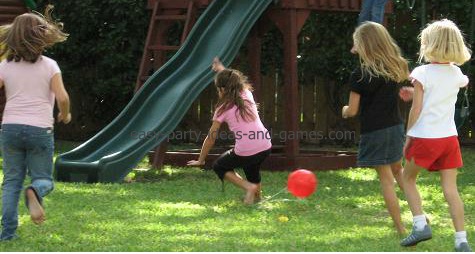 
Have A Great Kids Party Game?

To play this game, you need 1. an open area free of hazardous …

Fish a Catch Not rated yet
For the game of Fish A Catch you will need the following players: 1 scorekeeper 2 teams (min. amount of players per team: 2) Equipment Needed: Set of …

Blinded hide and seek Not rated yet
This is a game for six or more people and should be played in an outside area without anything dangerous to trip over. Start off by picking one player …