Host a fun Indiana Jones Party for your kids birthday. It will be a party full of adventure and daring! 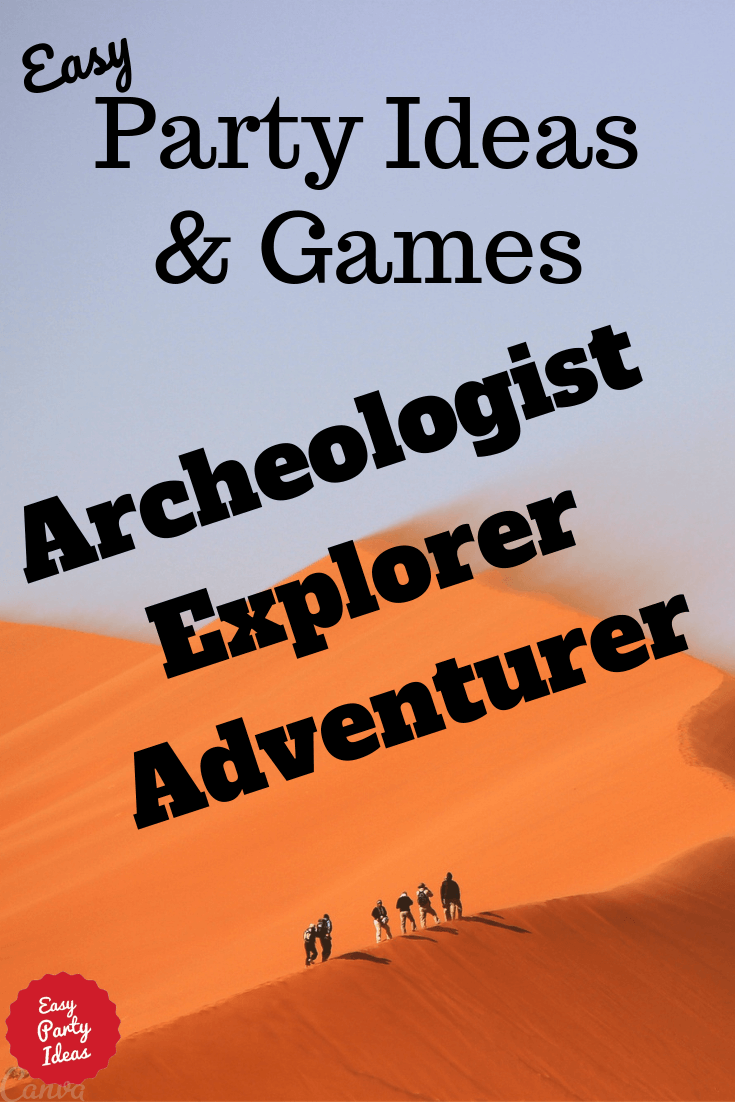 Make a map with details included as part of the map legend. Tear or burn the edges, to make it look worn and well-used.

(Something for guests to do as you are waiting on everyone to arrive):

An Indiana Jones party is all about adventure and daring. Create an Indiana Jones Style Treasure Hunt by giving your guests tasks to do either as a group or in teams. Receive the next clue after each game has been completed. If playing in teams, have each team do the games in a different order so they won’t all be doing the same things at the same time.

In addition to getting a clue after each activity to lead you to the next thing, you may want to also get a piece of a puzzle after each task. To do this, write the final clue on a piece of thin cardboard or posterboard, then cut into a puzzle shape. At the end of the tasks, the puzzle can be assembled to lead the kids to an ultimate treasure – perhaps the cake, a piñata, or their goody bags!

Activities for your Treasure Hunt...

Indiana Jones is always going to exotic, fascinating places for his adventures. Consider making your theme an Egyptian Party Theme full of mystery and fun.

A Party Full of Adventure!

Aim for your target with these Water Gun Games