For these fun water gun games, you may want to provide the guns for your party so everyone has an equal amount of “fire power”. Look for high capacity super-soaker type guns. The smaller guns need refilling too often!

Use these water games at a pool party or beach party for some variety and something your guests will remember! 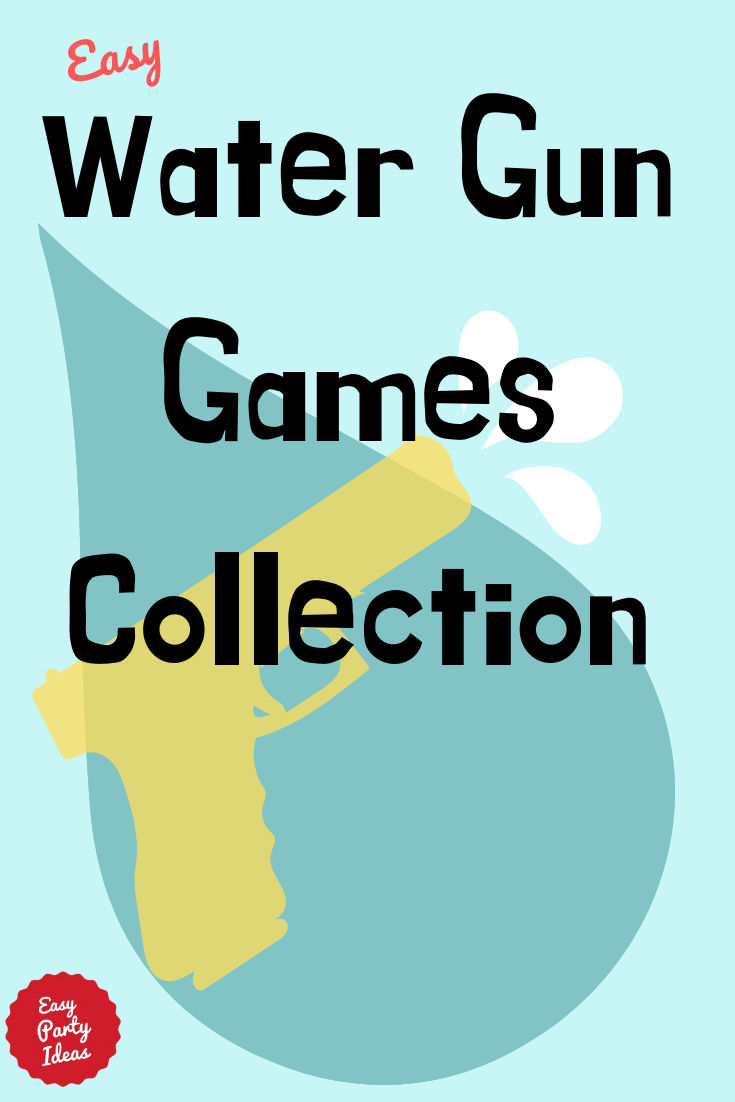 Beach Ball Race – You’ll need an inflatable beach ball and water gun for each player. Line up the balls on a starting line. On “Go”, everyone shoots their balls with their water guns. The first ball over the finish line wins.

Fizzy Necklace Targets – You’ll need a water gun and Alka-Seltzer necklace for each player. Make necklaces by making a small hole through an Alka-Seltzer table with a needle and putting it on a string. Have players put on their necklaces and try to dissolve other player’s necklaces by spraying them with water.

Old-Fashioned Water Gun Fight – You’ll need a water gun for each player. Hand out the guns, and let them go after each other! Pure and simple!

Ideas from Other Visitors

Water Gun Colour Fight
by: Anonymous
Very simple. You'll need a water gun for each player which is filled up with paint mixed with water.You can play this being singles however is better with teams. Then, start the fight!The goal is to try and get the other team (or players) as colourful as possible.Remember, you can always add your own twists!

Water Gun Hide and Seek
By: Anonymous
You get a water gun, one for each person.the twist is that if you are hiding and you see the seeker you can spray them and win. But if your sprayed then you are out.

Infected Water Gun
By: m-mwang
You'll need the amount of water guns for the amount of players. One person starts as the "infected" you must squirt someone with water. If you get soaked you are "infected" too. All "infected" get 1 water gun and work together as a team.

Water Gun Game
By: AvaGirl
Each person has a water gun, and isn't allowed to refill it when it runs out. Everybody has to try to squirt the other players without being sprayed themselves, while trying to make the water last as long as possible. If you get hit, you have to sit down, and you are out. If you do run out of water, you
are also out. Last person standing wins the game.

Boost Your Party with These Ideas

Include Water Gun Games at your Pool Party