Having a swimming party? If so, you’ll need some fun pool games! 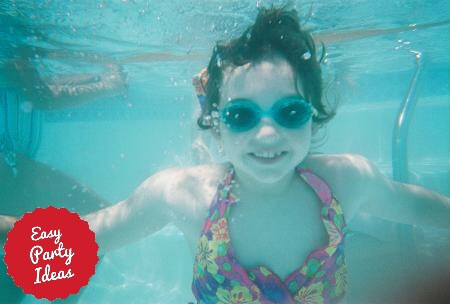 Some important things to remember at your swimming pool party:

Pool parties are popular kid party ideas. If the weather won't cooperate, have the party an indoor pool. 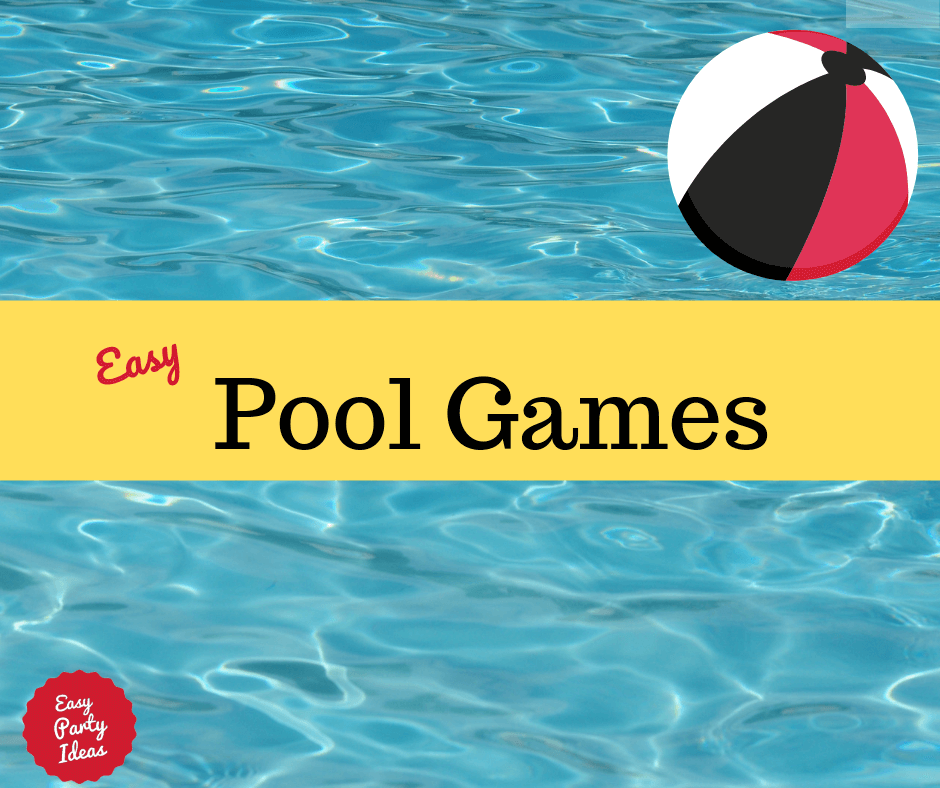 Beach Ball Relay – You’ll need one beach ball per team. To play, divide players into teams and move to one end of the pool. On “Go”, a player from each team moves from one end of the pool to the other while pushing the ball with their forehead. Play as a relay race and the team that finishes first wins! You can also play this game with rubber duckies instead of beach balls.

Coin Hunt – Throw a large amount of pennies into the pool and have the players dive for the change. Want to make pool games more challenging? Throw in a combination of coins and have players dive to bring you the amount of money that you name – such as 82 cents.

Floating Treasure – You’ll need lots of things that float – corks, small floaties, rubber duckies, ping pong balls, etc. – whatever you have available. To play, all players move to one wall of the pool, while someone throws the floating objects into the pool. On “Go”, players try to collect as many objects as possible.

Freeze Tag – Select one person to be “It” and have them try to tag other players. If a player is tagged, they become frozen. To become “unfrozen”, a person has to swim thru the frozen player's legs.

Marco Polo – One of the most familiar and popular pool games! To play, select one person to be “It”. “It” closes their eyes and counts to ten while the other players scatter in the pool. “It” keeps his or her eyes closed, and calls out “Marco”. The other players must answer “Polo”. This continues until someone is caught. Then they become “It”.

Noodle Race – You’ll need a long swimming noodle per player. To play, have players sit on the noodles like sitting on a horse and race across the pool. You can also divide the players into teams and play this game as a relay race.

Pool Toss – You’ll need lots of soft water balls, or anything soft that floats in water and can be thrown. Use a rope or net to divide a pool into two halves. Divide players into two teams, with a team in the pool on each side of the rope. Give each team the objects to be thrown (an equal number of items to each team). On “Go”, each team tries to throw all of their items across the rope to the other side, keeping all items out of their side of the pool. Play for five minutes, and at that time end the game. The team that has the least amount of items on their side when the game ends is the winner.

Water Basketball – You’ll need a water basketball set. If you don’t have one, use an innertube or hula hoop and a ball. Divide players into teams and on “Go” try to get the ball and throw it into the basket.

Dunk Tag
By: Katie T., Glendale, CO, USA
Choose one person to be "it". If it is a birthday party the birthday boy/girl will choose the person person. While you are it, you will attempt to dunk
anyone else in the pool. That person is now it.


Categories
By: Anonymous
One person is "it" and they name a category such as "farm animals'. Anyone that is not it will think of something in the category. The person that is it will start naming things in that category with their eyes closed. If they call yours, you have to swim to the other side without the person that is it catching you. If the person that is it turns around and nobody is going they must take a step forward. This round goes on until someone is caught.


Star
By: Libby B., Virginia
One person goes to one wall of the pool while the rest of the guests are on the other side. That one person then thinks of a movie title or a TV show but keeps it to him/herself. They then describe the show or movie without giving away the name. If someone thinks they know they Anwser they shout “Star!” And dive in swimming to the person. They then tag they player and tell them what they think it is, if it’s correct they are now they Star