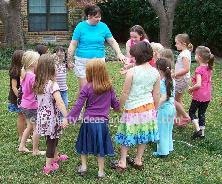 The kids circle games on this page all involve the kids gathering in a circle.

These circle games are all classic kids party games. They are written so that all kids can participate at the same time.

Read them over, pick which one will work best for the age of your party guests, and play! If possible, use the colors or theme of your party. 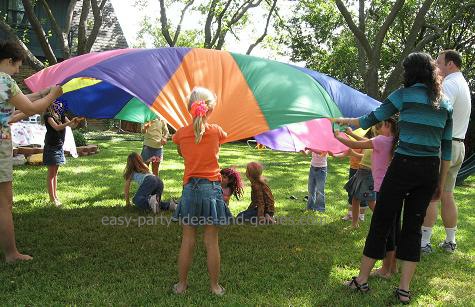 After you have selected one of the circle games from our list, visit other kids party games pages to find other fun games for your kids birthday party.