As a huge mystery fan, I'm always on on the lookout for mystery party ideas and detective party ideas.

A mystery party works great for older kids such as the preteen and tween party set.

There are lots of great scripted mystery games out there for older kids thru adults, such as the ones found at Simplifun Studios.

However, I recently planned a party were we didn't want a script. We wanted an unscripted mystery party, one that involved solving clues and perhaps interviewing a few suspects.

It took a while to create, but it was one my favorite parties ever. Here are some helpful hints to create your own mystery.

Creating your own Mystery

Mystery parties work best for small groups, so if you have a bigger group, at the party, divide everyone into teams (3 to 4 people per team). 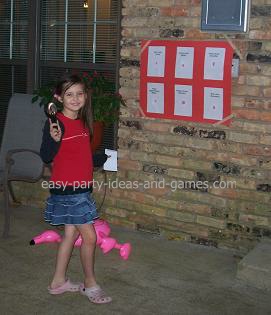 If you are working with teams, one idea it to have clues in different colors, with a color assigned to each team. That way they won't accidentally take each other's clues.

Have several rooms or areas set up where something has happened and the team must investigate and find the clue. Examples for mystery party ideas might include:

How to plan your mystery... 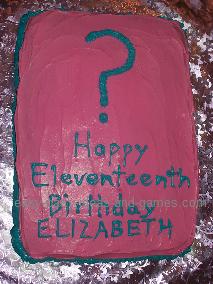 At our mystery party, (which was for an 11th birthday party), we had four teams, with four girls on each team.

At the beginning of the party, we did some detective school type activities - learning to decipher code, learning how to decipher secret messages written in invisible ink or in lemon juice, and learning about fingerprints.

Next, we briefed the girls on they mystery. All the details of what we knew so far.

There were four "suspects" available for the teams to interview, and clues that they had to decipher.

In the end, one of the four teams had the right answer. It was a lot of fun because the girls really got into solving the mystery, using their brains, and took it very seriously.

One idea for the Nancy Drew fan is to go on a Nancy Drew Mystery Scavenger Hunt. Pick items from Nancy Drew books: old clock, diary, twisted candles, etc. and go on a scavenger hunt.

But for the ultimate idea, select a favorite book and create your own mystery. You can use clues and scenes from the books for activities, games, and skits. Even serving food that was mentioned in the book (don't forget Hannah's lemon squares!)

Use hallways as secret passageways (make sure you tap on walls looking for those passageways). You can also create passageways with appliance boxes, crawling tunnels, etc.