Charades
How to Play this Classic Party Game

Charades is on EVERY list of classic adult party games. It is popular for adult birthday party games too, and is even gaining popularity in the world of teen party game ideas. This is a game that is always fun to play with a small or medium sized crowd.

There are lots of version of how to play, and this is how my friends and I like to play. 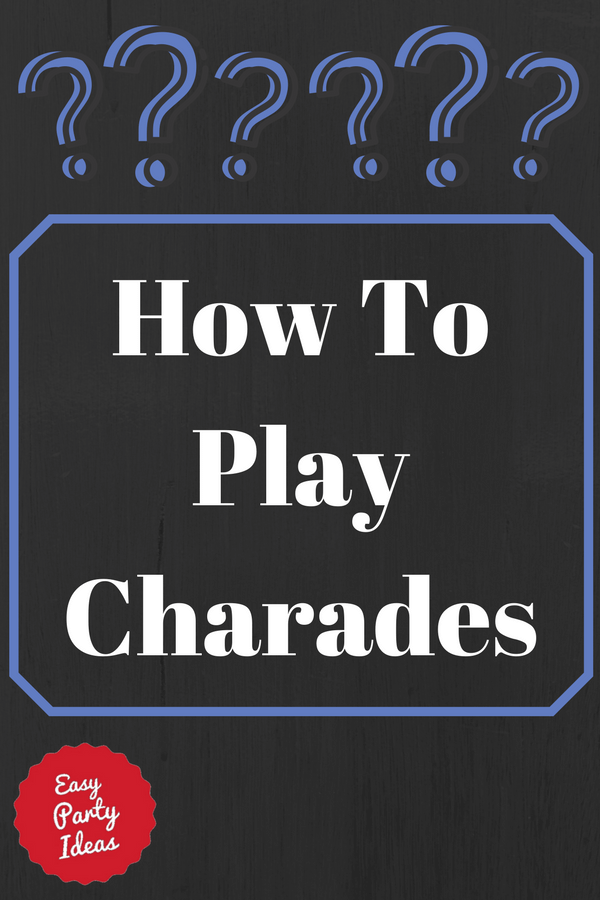 What you need to Play

How to Play Charades

Before you begin the game, it will be important to go over the rules. There are so many versions, it will be helpful for everyone to be playing by the same rules. Setting them before the game will avoid misunderstandings later. Once that is done...

Have each person write down a movie, book or song title on a piece of paper. This is called the "target."

Divide your guests into two teams.

One person from the first team will draw a piece of paper, silently read it (the "target"), and then act out what it says so that his or her team will guess what it is (see below for gestures to set up the game):

When his team guesses, it will be the next team's turn.

Keep track of how much time each team spends on their turn. The team with the lowest total amount of time used wins.

The game is over after each person has had a turn to draw a slip of paper and act out their item.

Alternative Ways to Play the Game

I've also played where the winning team has solved the most number of targets. In this version you don't bother with keeping time.

Another fun version requires no teams. In this version each person takes a turn thinking of a target, and then gets up and acts it out for the entire group. This can be a fun way to play, as everyone is playing the entire time, rather than just one team or the other taking a turn at the moment.

Before you play, review with everyone the gestures for the game. Common ones are:

Looking for an easier or faster version? Try a game of Fast Charades.

To play as an adult birthday party game, use words, phrases, places, etc. that mean something to the birthday guy/girl.

Need more help? A website which gives really complete instructions about all the signs having to do charades is found here.

Sometimes it is fun to create a game specifically linked to an event or activity, or in the case of a birthday party, linked to a person's interest. PrintGamesNow.com has some printable charades games, such as their games to play while camping: Tent Charades for family or adult groups (Affiliate linke) which would be perfect for a camping party theme, or anytime you are even just on a camping trip! (It is good to have fun games then, too!) 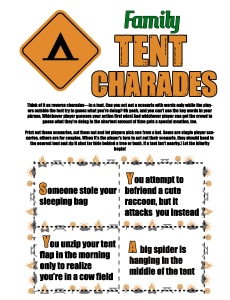 What is your favorite party game?

Do you have a great party game? Share it!