"The Party of the Century"

Truman Capote’s Black and White Ball, which occurred in 1966, was so big and incredible that it is still talked about today, over 40 years later! 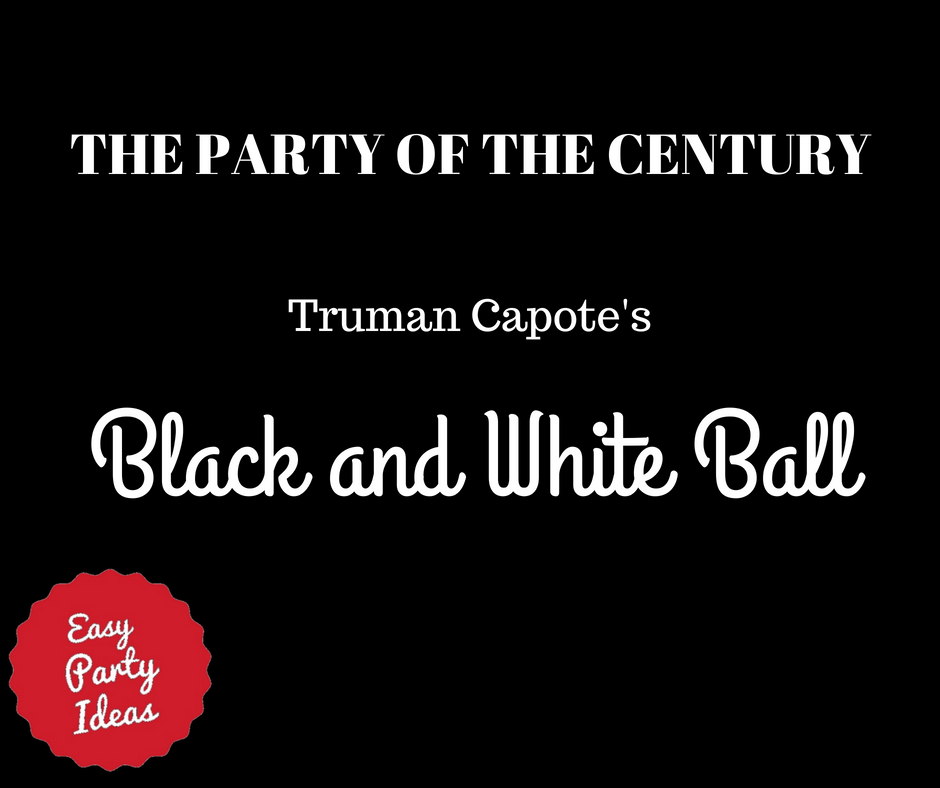 Details of the Black and White Ball

Here are the facts:

Guests Invited: 540 of the most important, fashionable and famous people around. Invitations to this event were so sought after, one woman threatened suicide if she couldn’t come!

Why: In honor of Washington Post publisher Katherine Graham and to promote his new book “In Cold Blood.”

The decorations: White and Black, with red table linens

Who was Truman Capote?

Truman Capote was an American novelist, short story writer, screenwriter, playwright, and actor. One of the things he is most known for is writing Breakfast at Tiffany's, which is so popular you'll find a Breakfast at Tiffany's party  planned on this website. He is also well-known for the book, In Cold Blood, which this party was thrown to promote.

Plan your own version of a Black and White Ball!